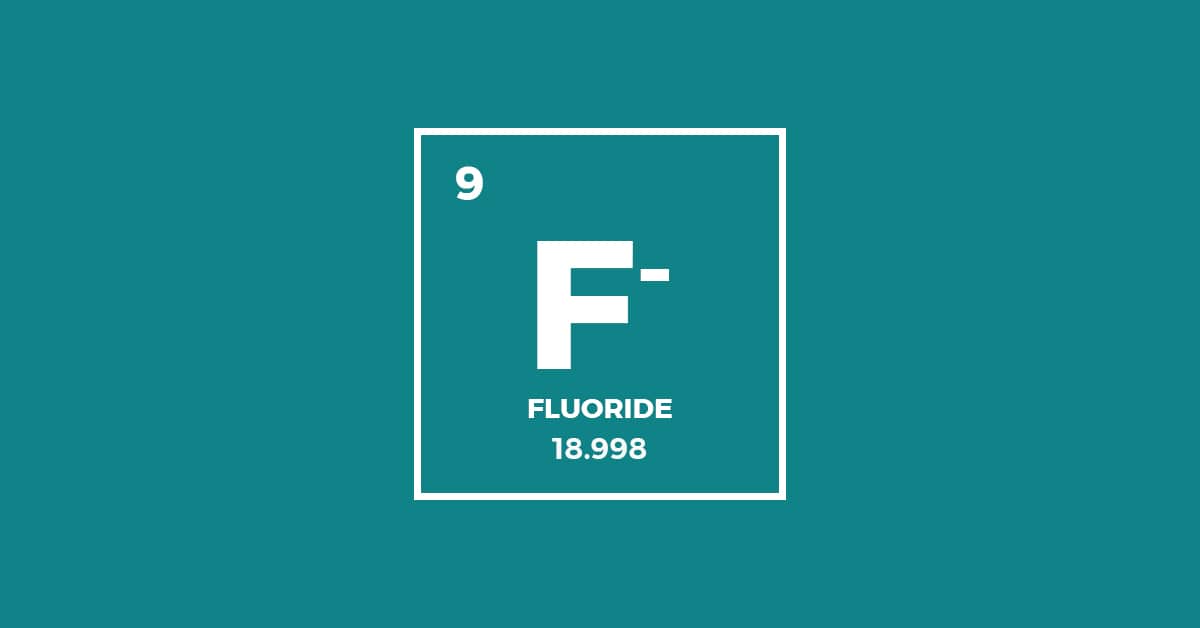 At the beginning of the 20th century, the young dentist Frederick McKay opened his first dental practice in Colorado Springs. He discovered that many locals had terrible brown stains on their teeth. The cause of the stains remained unknown for another 30 years until McKay and his colleagues found out that fluoride had a role to play in tooth decay. Lucky for you, it will take you only five minutes to find out everything you need to know about fluoride.

Good to know: Fluoride content varies greatly across brands of bottled water. Many brands don’t contain any fluoride and others contain too much. If you primarily drink bottled water, pay attention to labelling to ensure you’re not getting too much fluoride.

Fluoride in Jake: None.

Technically, fluoride is not an essential nutrient, because it’s not involved in vital bodily functions and there are no known signs of fluoride deficiency. That being said, a small amount of fluoride can be beneficial for dental health.

As an average adult, you have about 2.6 grams of fluoride in your body, most of which is in your bones and teeth.

Around 80% of the fluoride you ingest is excreted via the kidneys or with your sweat.

Function of fluoride in your body

Fluoride partners with other minerals in your body to prevent tooth decay.

How much fluoride do you need?

Fluoride isn’t an essential nutrient. However, to get the benefits of caries prevention, daily fluoride intake of 0.05 mg per kg of body weight is recommended. This amount applies to fluoride from all sources – including food, water and your toothpaste.This is the adequate intake (AI) established by the European Food Safety Authority (EFSA). In reality, toothpaste and drinking water are the major sources of fluoride for the average adult. Toothpaste alone contributes about 0.4 mg of fluoride to your daily intake. Depending on its fluoride content, your drinking water can provide an additional 2.1 mg of fluoride/day on average.

Most foods have low fluoride content. Much more abundant sources of fluoride are drinking water and dental products such as toothpaste.

Toothpaste and other dental products are significant and potentially sufficient sources of fluoride for most children and adults in developed countries. Especially children under the age of 7 are likely to swallow between 10% and 100% of the toothpaste they use, which can add up to half of the recommended daily amount of fluoride. These amounts of fluoride, combined with intake from water, can quickly add up. That’s why it’s important to supervise children while brushing their teeth, to avoid excess fluoride intakes.

In some regions, where groundwater is low in fluoride, it’s added artificially to the public water supply. This practice is known as water fluoridation and was initiated in the US in the 1940s. In the EU, only Ireland and parts of Spain, Portugal and the UK currently still fluoridate water. It remains a controversial practice, as studies from the last decade observe that it might be less relevant for caries prevention in developed countries where use of fluoride-containing dental care products has become widespread. A recent Cochrane reviewSource:Cochrane Database of Systematic Reviews also found no conclusive evidence that water fluoridation is effective in reducing caries in adults. At the same time, combined with fluoride intake from dental products and foods, water fluoridation could contribute to high fluoride intakes and the negative health effects associated with them.

Although less significant, some foods also naturally contain fluoride. Some examples are:

* Based on the adequate intake (AI) established by EFSA for an average adult with body weight of 70 kg (3.5 mg/day).

What if you’re not getting enough fluoride?

How much fluoride is too much?

Excessive fluoride intake can be harmful to your health. One of the first consequences is dental fluorosis, a dental disease characterised by white spots on your teeth. The more severe the fluorosis, the more noticeable the spots. Children under the age of 7 are at a greater risk of consuming too much fluoride, because they often swallow toothpaste. To avoid dental fluorosis, children should be closely supervised while brushing their teeth.

If you consume more than 20 mg of fluoride per day (>6 times the AI) for several years, it can also affect your bones, causing skeletal fluorosis. The consequences range from increased bone mass to stiffness and joint pain. In its most severe form, skeletal fluorosis can be crippling.

Do you water your plants with tap water? It might not be such a good idea if you live in an area where water is fluoridated or naturally high in fluoride. A high fluoride content in water can slow the growth of your plants and turn their leaves yellow. To avoid this, switch to rainwater or distilled water.

The three things to keep in mind about fluoride are: