Nature Isn’t Here to Save You 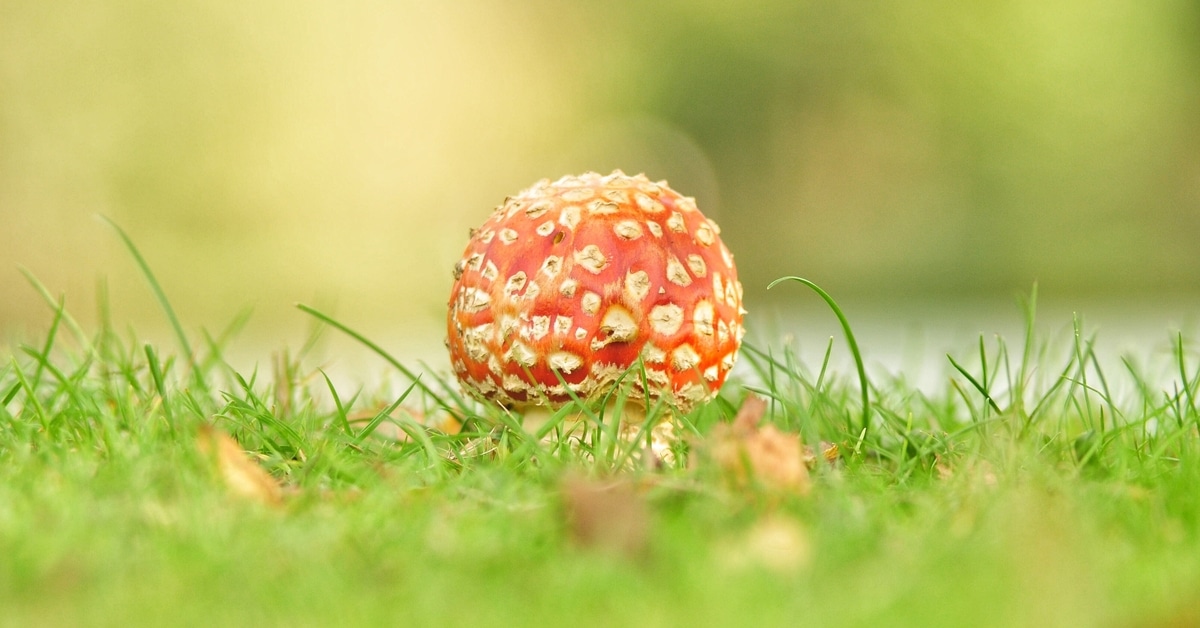 If you’re like most people, reading this title sparks a small protest inside you. After all, most of us are brought up to believe that nature is good and caring. We’re not brought up to ask why nature would care about us humans so much, let alone to question what nature actually is. And that’s a problem. From the willingness to spend more on a product just because it’s ‘natural’ to the willingness to deny your children the right to be vaccinated, being naïve about nature comes with consequences. Let’s not do it.

We often define ‘nature’ as that which exists in the physical and living world around us without the influence or interference of man. But what does that even mean? If you take a tomato seed and plant it on a field where tomatoes never grew before, is the fruit you get unnatural? And if you cook your meat before you eat it, does your dinner stand in opposition to nature?

The line between what is and isn’t natural is more blurred than we like to admit. And the reason for that is simple – nature isn’t a defined entity, and much less so – a human-loving force that exists to serve us. Nature is a construct created by man.

And if we get lost in our own definition of what or who nature is, why are we so quick to believe that it has our best interests at heart?

Part of the reason we see ‘nature’ as ‘good’ and, by extension, ‘man-made’ as ‘bad’, is that we only look at what suits us. Think of how you got to work today, the device that enables you to read this article, the cosmetics you use, the clothes you wear. None of these things exist in nature in the form in which you know them or use them. By our own definition of ‘natural’, how we live is unnatural. But would you really say that man-made civilisation has made your life worse than that of a caveman? I guess not.

To be clear, this is not a defence of all things man-made. Some are downright irresponsible – we keep making weapons, and we destroy the earth to produce food, a third of which we end up throwing away. But this is a defence of the ‘unnatural’ technological and scientific progress that has made our lives better. Today’s medicine can cure and prevent diseases like influenza and smallpox, which took over 600 million lives only in the 20th century. Our knowledge of natural disasters is more advanced than ever before. It still cannot help us predict the majority of them, but even a single early warning, like the one for the 1975 earthquake in China, saves thousands of lives. Lives, which otherwise would have been taken by nature. Whoever that is.

Unless you’re willing to deny the benefits we all reap from man-made innovations or the havoc that nature has brought throughout human history without our help, you have to accept that it’s way too simplistic to look at ‘natural’ versus ‘man-made’ as a matter of ‘good’ versus ‘bad’. And that applies at any level of specificity – from a philosophical discussion to picking your food in the supermarket.

Let’s say you’re indeed at the supermarket and you’re reading the ingredients of a product. Like this one: 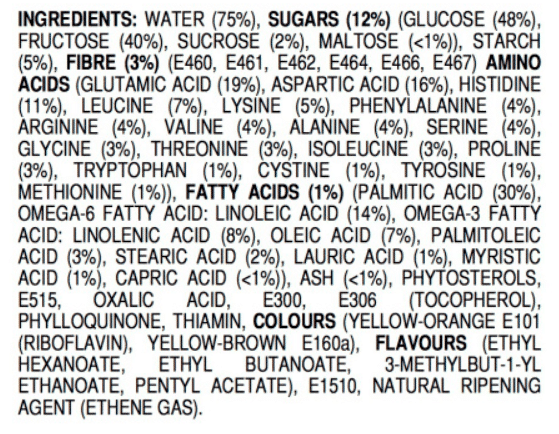 Would you buy it?

Most people would be taken aback by such a list of chemicals. After all, we tend to think of chemicals as bright-colored goo made in an underground lab by someone stuck in a loop of evil laughter. But, really, this needs to stop. You don’t need a PhD to know that a chemical is literally any substance that consists of matter. That doesn’t only mean that chemicals aren’t evil per se, it also means that your body is made of chemicals just like your home, your lunch and your pets are. And the ingredients list above? Those are the contents of a completely natural banana. You just never see them presented this way.

And you don’t see them presented this way, because we don’t scrutinise natural products in the same way we scrutinise other products. This again rests on the assumption that ‘natural’ and ‘man-made’ are the two opposite ends of a safety spectrum.

If innocent-looking fruits and vegetables like apples, pears or potatoes came with an ingredients list, you’d see that they contain very natural and very toxic chemicals such as amygdalin, formaldehyde and solanine. Sure, you’d need to eat a superhuman amount of apples to experience any harmful effects, but that’s not the point. When we look at nature so naively that we don’t even deem it necessary to review the ingredients of what it offers us, we end up thinking that natural products are made of rainbows. But nature, however you define it, is made of the same chemicals that you often fear in a man-made product. After all, that’s where humans stole the idea from.

What if we hold on to the romantic vision of nature as our protector? The consequences are most clearly seen in the anti-vaxxer movement. The view of most parents who refuse or delay vaccination for their children is that vaccines have serious side effects (because they’re made of chemicals), so natural immunity would be safer than vaccine-induced immunity. But what about the data?

Let’s look at measles, for example. Although the disease itself isn’t fatal in most cases, its side effects can be. One of them is encephalitis, an inflammation of the brain. If you don’t vaccinate and contract measles the natural way, your chance of getting encephalitis with it is 1 in 1,000. Of those who get encephalitis, 2 in 1,000 dies. So, to get to natural immunity against measles, you first need to get sick and be lucky enough to avoid or survive the side effects.

If you vaccinate yourself, you get immunity without having to get sick, and your chance of getting encephalitis as a side effect of the vaccination are 1 in 1,000,000Source:History of Vaccines. That’s a strong argument in favour of vaccination, but you cannot properly consider it if you believe that nature wouldn’t do you harm.

And while we’re too emotional to consider facts, the same nature that wouldn’t do us harm is starting to gain back territory that medicine has been fighting for in the last 50 years. Only in the first half of 2018, there were over 40,000 cases and 37 deaths registered in Europe as a result of skipping measles vaccination. What was the number of cases two years ago? Under 6,000.

No one’s here to save you

Our brains like to organise information in categories. A world where good and bad are clearly identifiable is a world that’s easy to navigate. And once you believe nature is good, you tend to notice or ignore information selectively to support what you already believe. It’s confirmation bias, and we’re all guilty of it. But in the case of nature and its good intentions, there’s too much at stake to let this be.

You’re making yourself vulnerable if you look at nature as this human-loving force that will protect you no matter what. Nature isn’t here to save you. Nature isn’t here at all. What’s here are elements, chemicals, diseases and natural disasters. And, humans who successfully or unsuccessfully try to protect themselves from the world around them. We don’t get everything right, but at least we do what we do in an attempt to survive. Nature doesn’t care either way. Ask the dinosaurs.