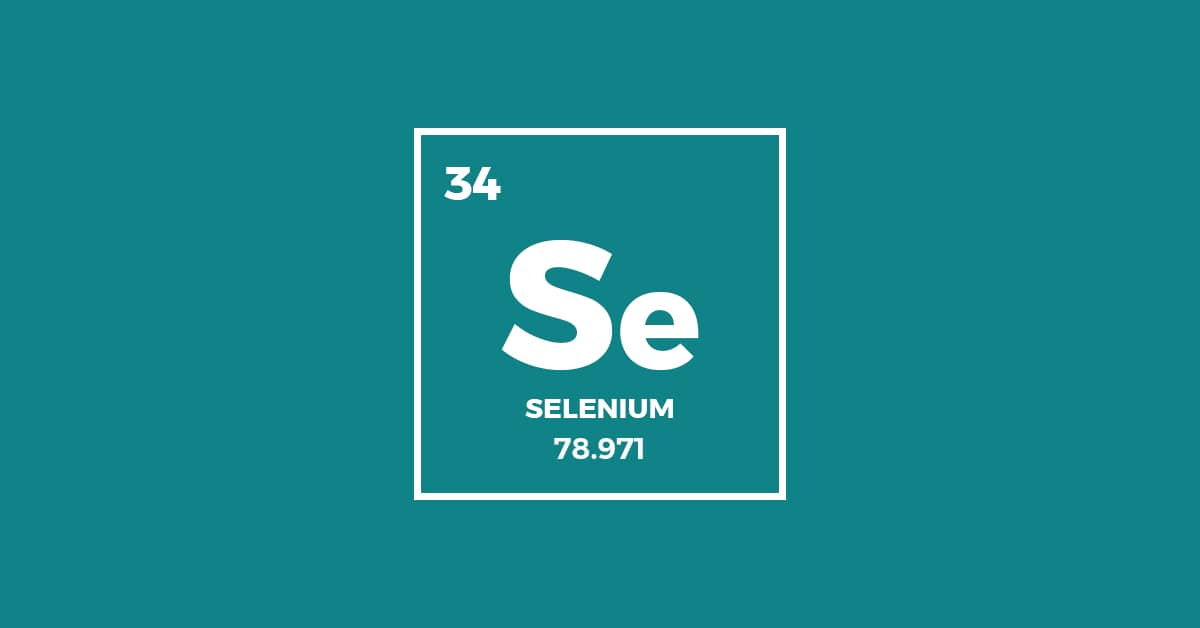 Did you print something out today? If you did, then you’ve already been using selenium. Widely utilised in laser printers and photocopiers, selenium is a master multi-tasker. In your body, its functions range from cell protection to keeping your muscles working. And if you were old enough for bad cinema in 2001, you’d know that fighting off aliens is another one of its applications. Let’s give selenium the attention it deserves.

Best known for: Protecting your cells from damage; keeping your immune system and your muscles healthy.

Keep in mind:Brazil nuts can be harmful due to their high selenium content, so you shouldn’t eat them in excess.

Selenium is a trace element. You only need a small amount of it, but it’s indispensable for the normal functioning of your body.

Selenium can be either inorganic or organic. Inorganic selenium is found in soils and is converted to its organic form by plants.

Selenium is a component of the so-called selenoproteins. They regulate a wide array of functions, including DNA synthesis, hormone production and cell protection.

The key functions of selenium are:

Initial studies show a positive impact of selenium on regulating inflammation.Source: Journal of Nutritional Science Further trials are currently underway to investigate if selenium could help with the treatment of inflammatory diseases such as asthma and inflammatory bowel disease.

How much selenium do you need?

Brazil nuts are the richest sources of selenium, followed by seafoods and organ meat. You can also get your daily dose of selenium from cereals, grains and dairy products.

The best sources of selenium are:

* Based on the adequate intake (AI) for healthy adults (70 mcg/day) according to the European Food Safety Authority (EFSA).

What if you’re not getting enough selenium?

Selenium deficiency is rare in developed countries. When it does occur, it can affect your thyroid and mental function, as well as cause a miscarriage in pregnant women.

In combination with other factors, such as a viral infection, selenium deficiency can cause Keshan disease. Keshan affects the heart muscle, mostly in women and children, and is potentially fatal. In the 1960s, there was a peak of Keshan disease cases in southwest China where soil is extremely poor in selenium. The situation was resolved after the Chinese government introduced a selenium supplementation program.

How much selenium is too much?

Too much selenium in your diet can be harmful. A single dose of 250 mg or more (more than 3.000 times the AI) can result in selenium toxicity, or selenosis. One of its first signs is garlicky breath. Further symptoms include brittle hair and nails, nausea, diarrhoea, fatigue and nervous system abnormalities.

You’re unlikely to consume a toxic amount of selenium from your regular diet. However, there are some foods you should be careful with, especially Brazil nuts. They contain a significant amount of selenium and can lead to toxicity if consumed regularly.

To avoid the negative consequences of selenium toxicity, keep your daily intake under 300 micrograms.This is the tolerable upper intake level (UL) established by the European Food Safety Authority (EFSA).

Selenium is used as a dark red pigment in glassmaking. So, next time you stop at the traffic light, that’s selenium calling you to a halt.

The three things to keep in mind about selenium are: