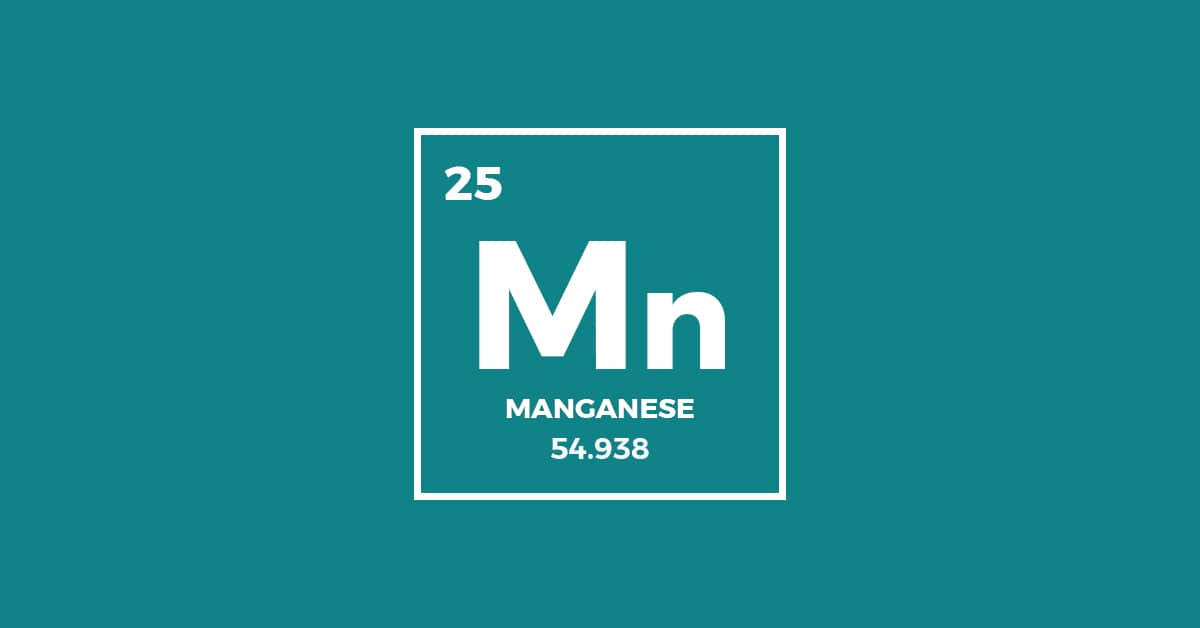 Manganese, not to be mistaken with magnesium, is an element known to man for 30,000 years. It was used by cavemen and ancient glassmakers. And your body is using it right now, too. Manganese protects your cells, helps your wounds heal and keeps your bones healthy. Here’s everything you need to know about it.

Good to know: If inhaled, manganese is highly toxic, but symptoms can take months or years to surface.

Manganese is an essential mineral and as such, it needs to be in your diet daily.

On average, an adult body contains around 20 mg of manganese, mostly found in the bones, liver, kidneys and pancreas. Under normal circumstances, your body keeps the manganese level in your tissues stable by adjusting absorption and excretion levels as necessary.

Apart from being essential for humans, manganese is also an important nutrient for plants and plays a key role in photosynthesisPhotosynthesis is the process by which green plants, with the help of sunlight, turn carbon dioxide and water into nutrients. Oxygen generation is a by-product of this process..

We’ve been using manganese since the Stone Age. It’s in the pigments used for cave paintings as old as 30,000 years. And it was also used by Egyptians and Romans in glassmaking.

One of the key roles of manganese in the body is as a component of enzymesEnzymes are substances, mostly proteins, that speed up biochemical reactions within the body.Manganese-dependent enzymes are involved in the regulation of many functions throughout the body.

The key functions of manganese are:

How much manganese do you need?

Manganese is mostly present in plant foods, such as whole grains, nuts, leafy vegetables and teas. Although meat generally has very poor manganese content, it can boost its absorption in the body.

The best food sources of manganese are:

Although teas are a good source of manganese, they also contain tannins, which reduce the absorption of manganese in your body.

What if you’re not getting enough manganese?

Manganese deficiency is very rare, due to the high variety of foods and beverages that can provide it in your diet. If it does occur, manganese deficiency can affect growth and metabolism, as well as lead to skeletal abnormalities.

How much manganese is too much?

If inhaled, manganese is extremely toxic. It can cause serious damage to the brain. Symptoms of manganese poisoning can take months or even years to manifest. In its worst form, manganese poisoning leads to a syndrome known as manganism. It is characterised by tremors, muscle spasms and difficulty walking. In some cases, psychiatric symptoms like aggression and hallucinations are also observed.

Certain groups are more susceptible to manganese toxicity, including:

Currently, there are insufficient data to determine a tolerable upper intake level (UL) for manganese from food. However, some organisations recommend keeping your intake under 11 mg per day.This is a recommendation of the Food and Nutrition Board of the US Institute of Medicine.

The three things to remember about manganese are: